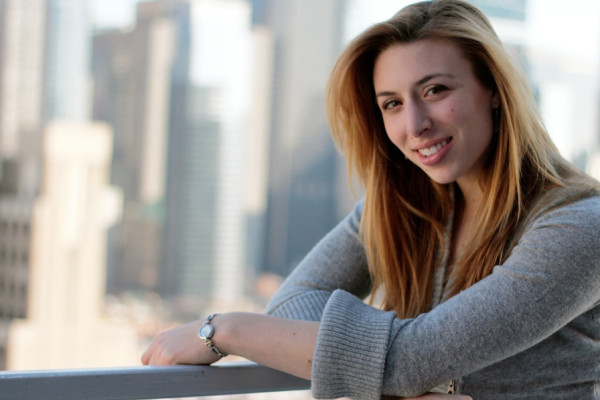 Anne H. Goldberg blurs the definitions of music and dance as a composer, choreographer, and performer. A pianist/vocalist and co-founder of the Tempus Continuum Ensemble, Anne makes a career of premiering and performing both her own music and that of other 20th and 21st Century composers. She actively commissions, records, and premieres works for English horn, oboe, and piano solo, and has premiered numerous composers’ pieces, including the works of Georges Aperghis, Kevin Baldwin, Mike Boyd, and others. An avid improviser, she champions graphic and indeterminate music equally alongside explicit notational styles.

Goldberg is a recent recipient of the Jerome Foundation for her work that finds the cross sections of music, breath, and movement. Anne has been exploring the relationships that exist within the composer-performer, and how her work as a movement artist impacts and intersects with her life as a musician. Her artistry has been featured in venues such as Symphony Space, the National Opera Center, the Kitchen, the Cell, the Flea Theater, in Darmstadt, and others nationally and internationally. Anne graduated Phi Beta Kappa from Wellesley College with extensive course work at the Massachusetts Institute of Technology, and received her D.M.A. candidate at the Manhattan School of Music under Dr. Reiko Füting, and M.M. of Classical Composition at MSM under Dr. Marjorie Merryman, and influences of Nils Vigeland, and Mark Stambaugh.

Anne’s program tonight is her debut solo concert in Seattle and will feature music by Vinko Globokar, Beat Furrer, Georges Aperghis, Jacob ted Velduis, Kevin Baldwin, a world premiere of her own music, and others.