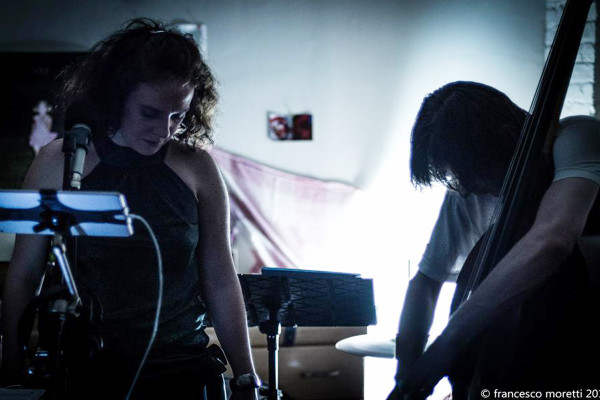 Bassist Mat Muntz and vocalist Astrid Kuljanic seek to create a new kind of concert experience within the jazz idiom. Through their careful curation of standard repertoire and the implementation of live electronic performance, Muntz and Kuljanic transform conventional jazz sets into immersive soundscapes. Kuljanic’s command of musical software allows the duo to manipulate sounds made in the moment – with no prerecorded samples – into arrangements and improvisations. The band grew out of a solo electronic music project that Kuljanic had developed while studying at Manhattan School of Music. Kuntz approached Kuljanic after hearing her live electronic arrangements of Ornette Coleman songs and microtonal Croatian folk music and asked to form the band. Since then the two have collaborated on arrangements, selection of repertoire, and sound design, as well as finding unconventional spaces in which to perform.