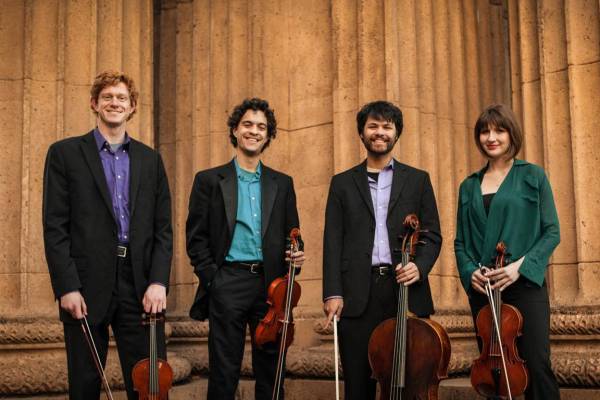 The San Francisco-based Friction Quartet will give world premiere performances of Treescape by Nathan Campbell, Friction by Roger Briggs, and a new work by John Teske. Also on the program are Zirma and Euphemia from String Quartet no. 1 “Invisible Cities” by Tom Baker and String Quartet no. 1 by John Adams. With the exception of Adams, all the composers on the program reside in or hail from the Seattle area.

Christian Pincock opens with solo works on trombone and computer using homemade controllers and software for live control of generated sounds and processing.