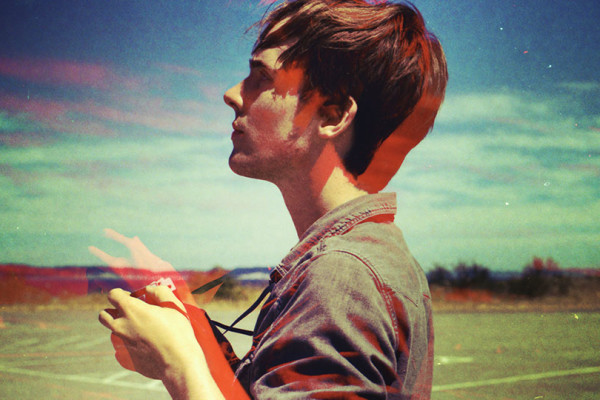 Marcus Fischer is a first generation American musician + interdisciplinary artist based in Portland. His work typically centers around memory, geography + the manipulation of physical audio recording mediums. Slowly unfolding melodies and warm tape saturated drones have become a trademark of his recordings + live performances alike. These sounds have found their way into multimedia installations, short flims, and even into the award-winning public radio program Radiolab. Fischer has released a number of recordings on the widely respected 12k label including his photographic + sonic collaborations with label founder Taylor Deupree. In 2017 he was an artist in residence at the Robert Rauschenberg Foundation/Rauschenberg Residency where he completed Loss, his most recent album (2017). Fischer performs solo, in collaborations, and as a member of unrecognizable now, secret drum band and wild card.

Since a young age, Thomas Meluch has been fascinated by natural sounds and the textures of decay. He began playing piano before his feet could reach the pedals, and for more than a decade has sought to create a unique sonic environment by combining remnants of pop song structures with the lushness and unpredictability of field recordings. A veteran drummer of a half dozen bands and an avid collector of instruments and analog devices, Meluch relies on guitar and voice as the bases for his work as Benoît Pioulard.

Hotel Neon is the Philadelphia-based trio of Michael Tasselmyer, Andrew Tasselmyer, and Steven Kemner. Together they create immersive and atmospheric soundscapes aided by projected film and images. Known for its heavy emphasis on enveloping walls of sound, Hotel Neon also utilizes subtle melodies and improvisation to create a richly layered musical experience, rewarding any level of listener scrutiny. Since forming in early 2013, the group has released four full-length albums through the Home Normal, Fluid Audio, and ARCHIVES labels. Hotel Neon has toured extensively throughout the U.S.A. and collaborated with a global roster of talent, bringing its unique brand of dense, layered drone to a wide range of performance spaces including basements, radio studios, and cavernous cathedrals.