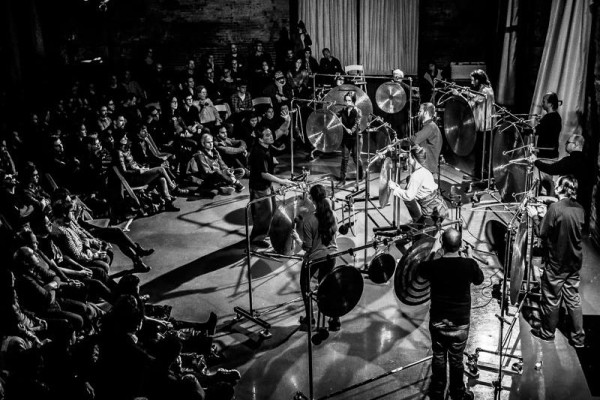 Tatsuya Nakatani is a creative artist/percussionist originally from Osaka, Japan who has released over sixty recordings in North America and Europe. Residing in the USA since 1994, he has performed countless solo percussion concerts and has collaborated with hundreds of artists in international music festivals, university concert halls, art museums and galleries.

His latest project is the Nakatani Gong Orchestra, which builds community ensembles performing on multiple bowed gongs under his direction, as recently presented at the Kennedy Center in Washington, D.C. The idea of NGO is to create a rich harmony of multiple gongs, by sharing simple techniques with players and audiences. For each show, he gives specialized training to locally selected gong players. Each player is able to quickly learn about the gong instruments, playing techniques and conducting signs. This is an ongoing, successful growing project and the only bowing-based gong orchestra in the world.