Tom Baker: My Life with the Guitar 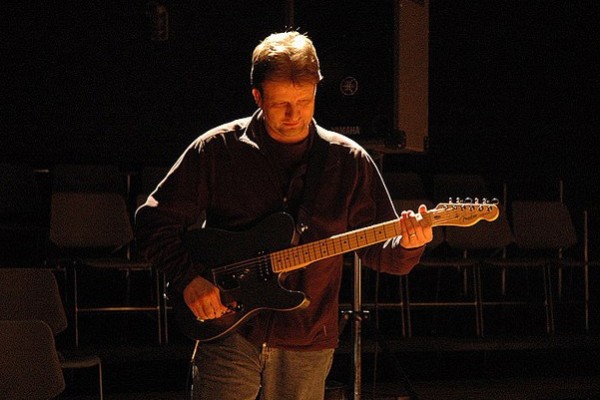 This concert will feature guitar music by Seattle composer Tom Baker, spanning the past 25 years. Works for solo classical guitar, guitar and soprano, and for electric guitar. Baker published his first guitar composition in 1992, called The Green Guitar while a graduate student in music at Arizona State University. Since then, he has written many works that include guitar, both in a solo setting and with ensembles. He has asked several of the area’s most accomplished guitarists (and good friends) to perform seven of his guitar works on this evening celebrating the instrument: Michael Partington, Michael Nicolella, Mark Hilliard Wilson, Satchel Henneman, Cherie Hughes.

Works will include the aforementioned Green Guitar from 1992, and the most recent Cage Elegies for electric fretless guitar. In between will be Possible Lullabies for guitar and soprano, based on texts by Garcia-Lorca; The Curse of the Fathers – a work exploring the creation of the universe; Three Movements – each movement represents a different type of movement (slalom, butoh, and rapid-eye); and Eleven – a work for solo electric guitar (dedicated to the great, fictional guitarist Nigel Tufnel.