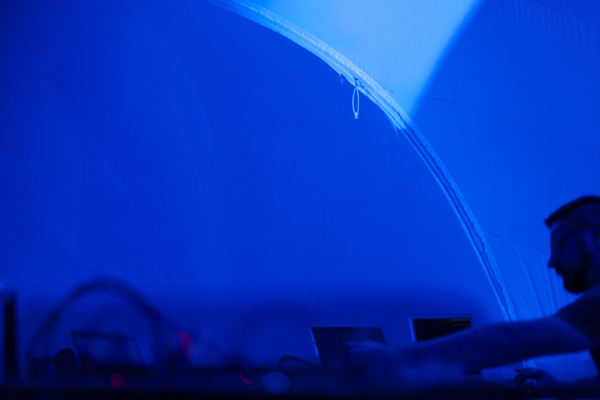 Join sound and visual artists Yann Novak and Robert Crouch as they kick off their west coast tour with their first performances in Seattle since 2012. They will be joined by a special guest.

Robert Crouch is a Los Angeles-based artist and curator who works across a wide range of media including photography, sound, installation, video, and sculpture. He has exhibited in San Francisco, Los Angeles, New York, and London, and performed at venues including the Art Center College of Design, Human Resources, the Hammer Museum, the Los Angeles County Museum of Art, and the Stone.

Yann Novak is a sound and visual artist living and working in Los Angeles. Through the use of sound, light and space, he explores how these intangible materials can act as catalysts to focus our awareness on the present moment and alter our perception of time. His performance works have been experienced internationally at sound art/electronic music festivals including the AxS Festival, Pasadena; Decibel Festival, Seattle; Forward Festival, Washington, D.C.; Mutek Festival, Montreal; Resonant Forms Festival, Los Angeles and at art venues and museums including the Human Resources, Los Angeles; LACMA, Los Angeles; Machine Project, Los Angeles; Oboro, Montreal; The Stone, New York; among others.