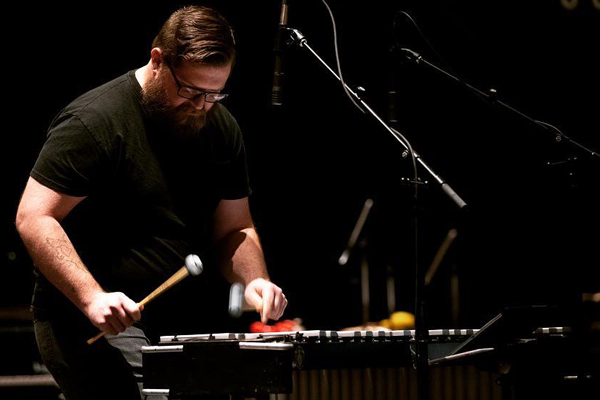 For this performance, Aaron will be featuring works recently composed for him by Nick Zammuto (of The Books), Brian Harnetty, and Rob Funkhouser; and David Gibson’s Lillian Brook, a ground-breaking vibraphone solo from 1973 that was nearly lost until Aaron revived it for performance in 2018.