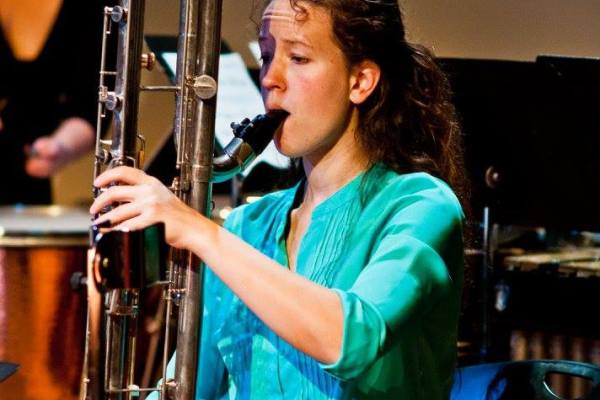 Angelique Poteat has recently been featured by the Seattle Symphony Orchestra on their Spring for Music tour to Carnegie Hall, and will have an orchestra piece commissioned by the SSO premiered on their Sonic Evolution program on January 30, 2015. Her music has been described as “engaging, restless” (The New York Times) and “serious and nicely crafted” (American Record Guide). Originally from the Pacific Northwest and currently based out of Seattle, her music has been recorded and performed in Australia, Germany, Lithuania, and all over the United States by ensembles including the Enso Quartet, New York New Music Ensemble, Philharmonia Northwest, Saratoga Orchestra, and by members of the Seattle Symphony Orchestra. Poteat’s music is heavily influenced by her surroundings, most often drawing from personal interactions as well as nature and the Puget Sound area. As an avid cyclist, she does much of her “field work” en route, taking in the sounds, sights, adrenaline, and atmospheres for inspiration.

This program of Poteat’s recent chamber works features many of Seattle’s most talented musicians, from members of the Seattle Symphony to faculty at the University of Washington and Cornish College of the Arts. Works vary in inspiration from psychological examination to dance and landscape.