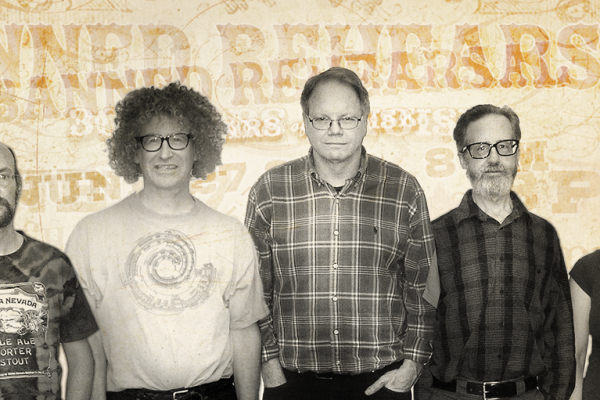 On June 24, 1984, Keith Eisenbrey, Aaron Keyt, and Neal Meyer gathered together to make a tape, improvising on instruments we didn’t know how to play. Thinking we might do this 3 or 4 times and because it seemed right to think of our project as a band – and because none of us could resist the pun – we called ourselves and the project Banned Rehearsal. Our personnel has changed somewhat over time, surviving several lengthy geographic separations, but the project has continued and as of this writing we have recorded 860 numbered sessions. For our eighth public event, we invite you to celebrate with us 30 years of noise, 30 years of exploration, 30 years of trying to figure out what we’re doing, 30 years of argument in creative musical expression.