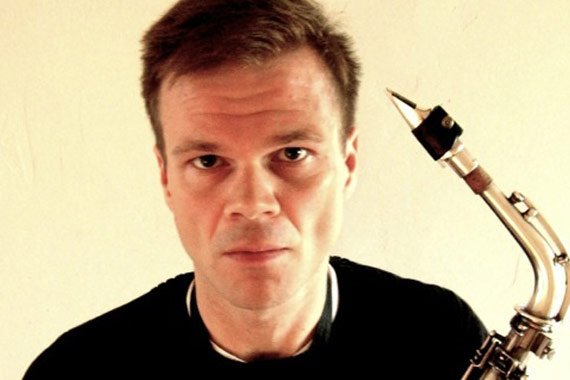 “The first time witnessing a Briggan Krauss solo is nothing less than extraordinary. Krauss has one of the most recognizable voices in creative music, and his solos employ a massive arsenal of sounds: the percussive punctuation marks, the exaggerated vibrato and supersonic range, and…that occasional flurry of notes that eerily alludes to a very embedded, yet revolutionary technique.” — Ink19

Sonic alchemist and alto saxophone mastermind, Briggan Krauss is featured in an all improvised performance tonight. Throughout his 20-year career in New York, the former Seattle resident has carefully dedicated himself to the extreme edges of saxophone technique and to the art of improvised music, developing a sound and musical conception that is truly unparalleled. A prolific solo artist and collaborator, Krauss is perhaps best known for his longtime role in Steven Bernstein’s band Sexmob. For this show he will be joined by clarinetist/vocalist Beth Fleenor, bassist Isaac Castillo, and pianist Stephen Fandrich.