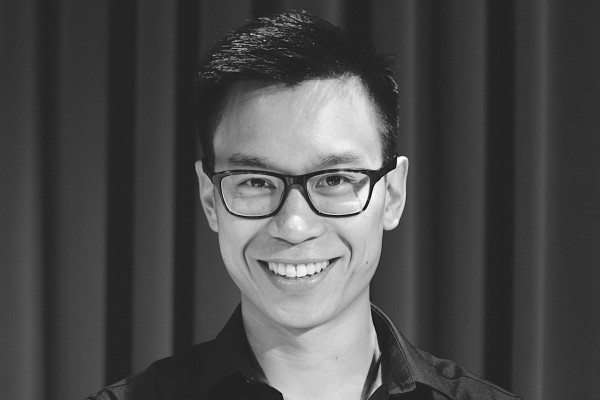 A native of the Pacific Northwest, Brooks Tran began playing the piano at the age of seven. He continued his musical studies at the University of Washington where he worked with Patricia Michaelian and Craig Sheppard. Tran has performed throughout the United States as well as on the air, and has been a featured soloist with the Seattle Metropolitan Chamber Orchestra, UW Symphony, UW Wind Ensemble, Seattle Youth Symphony, and Puget Sound Symphony Orchestra, among others. Always an adventurous collaborator, he performs regularly with chamber partners and has worked with internationally acclaimed groups, including the Emerson String Quartet, Claremont Trio, Cuarteto Casals, and members of the Seattle Chamber Music Society. He has also shared the stage with innovative dance groups from around the world, including Compagnie Marie Chouinard of Montreal, and the Ballet du Grand Théåtre de Genève. Tran is a strong proponent of contemporary music, giving Seattle premieres of Luigi Nono’s …sofferte onde serene… and George Crumb’s Eine Kleine Mitternachtmusik, as well as works by local up-and-coming composers, and is a core member of Inverted Space. In addition to performing, Tran is the co-founder and artistic director of Parnassus Project, a chamber collective dedicated to performing in alternative venues and providing a fresh take on the classical music experience. He is currently pursuing his Doctoral of Musical Arts, studying with Craig Sheppard, and maintains a private teaching studio.