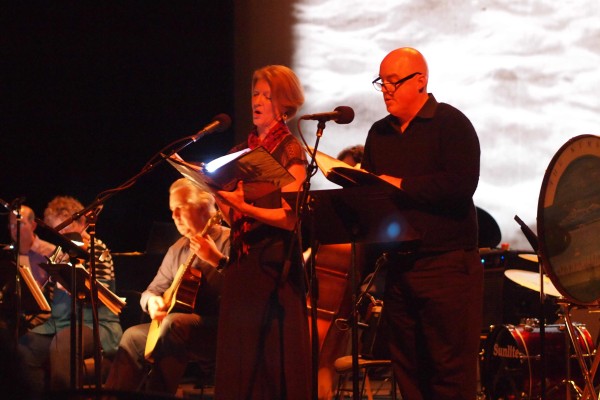 ROCKS & DRONES is Concert Imaginaire‘s final concert of their 2013-14 season. Expect the to hear something old (I Hate Being White), something new (Falling, about the Fukushima disaster), something borrowed (a Beatles tune) and something blue (new blues).

…a drone, as we all may know, is a musical technique meaning a sustained pitch or interval providing an “environment” or tonal center for other instruments to play over. Although today, we are apt to first think of the pilot-less flying machines which are constantly in the news. Soon amazons will be using drones to deliver items to our homes. Imagine the cinder-block size Mark Twain biography being shot out of the sky through your bedroom window. I suppose a hell-fire missile will be available for those who do not pay their bills. There’s a boy who loves cloudy skies, not because he doesn’t like the sunshine, but when skies are clear is when drones attack. We have had war droning on all the time. Not too dark…piloting drones is the dream job for gaming geeks – they get to play and affect reality finally the world will know their power. Even those pimple-faced cognoscenti can go to virtual-real war and kill people they don’t know. Yes a bee can be a drone too – but only male ones and ironically those that cannot sting. They serve a useful purpose just like the musical drone, doing the same thing over and over. If it bores you for an hour, do it for two just as Cage suggests. OK…so what about rocks?