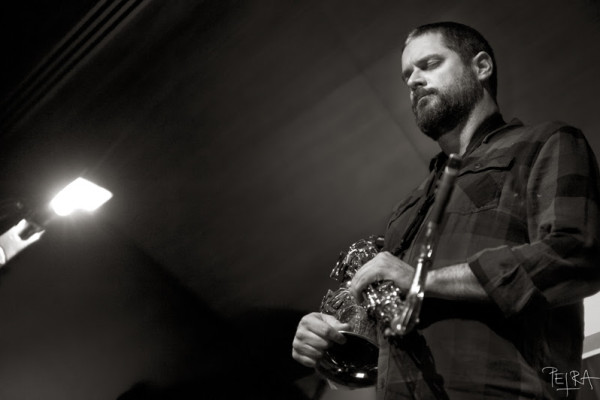 Prolific Chicago-based saxophonist, improviser, and composer Dave Rempis undertakes a sprawling solo journey around the US this spring (working title: Lattice), developing repertoire for his first solo release scheduled on Aerophonic Records this fall, while also working to strengthen the informal networks that connect, inform, and sustain the improvised music scene throughout the country. Each concert includes a solo set, and a collaboration with one or more locally-based musicians in every city he visits. Tonight’s second set will feature mixed groupings with James Falzone (clarinet), Arrington de Dionyso (reeds), Kate Olson (reeds), Lori Goldston (cello), and John Niekrasz (drums).

His musical expression draws on a number of touchstones. While heavily improvisational in nature, his Greek ethnicity, studies in jazz and ethnomusicology, an appreciation for the philosophical underpinnings of contempory composition, and a love for unforgivingly strident yelps, screeches, and squeals that can encompass the ever-evolving state of human depravity all inform his work.

Aside from his work as a musician and composer, Rempis has worked tirelessly as a presenter. Since 2002, he’s organized and produced a weekly series of improvised music at Chicago’s Elastic Arts Foundation. He was a founding member of Umbrella Music, and one of the lead producers and curators of its annual festival from 2006-2014, and served as the business manager of the Pitchfork Music Festival from 2005-2016.