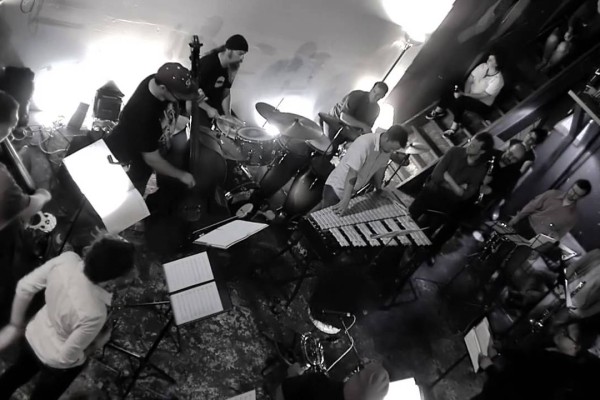 Earshot’s juried series, Jazz: The Second Century, presents Seattle artists, selected by a peer panel, performing original work, in a concert setting. From the core of this series – a question about the expansion of conventions of jazz – one might expect a tendency to grandiose re-invention. Instead, the series is a current, subtle, perhaps refreshing, un-sentimental look at our local engagement with this diffuse, vibrant art form.

Originally formed for a single performance during a Charlie Haden tribute concert in October 2014, the group received such enthusiastic reviews from the audience that they decided to continue gigging under the name Action Figure. The trio – Seth Alexander (alto), Dave Abramson (drums), and Birch Pereira (bass) – plays original music inspired by Ornette Coleman, Henry Threadgill, and Eric Dolphy. Unique compositions and arrangements with unexpected angles and jagged edges.