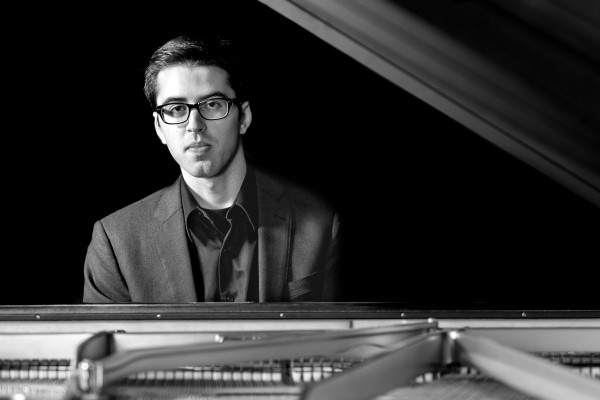 Pianist Eric McElroy celebrates the incredible diversity of music in our time, ranging from neo-romanticism to pop-classical fusion. The highlight is Frederic Rzewski’s De Profundis, one of the masterpieces of contemporary music. It is composed for “speaking pianist”, meaning the pianist not only plays but also speaks, sings, shouts, hums, and much else. The spoken text is taken from Oscar Wilde’s eponymous letter which he wrote while imprisoned at Reading Gaol, condemned for acts of “gross indecency”. It is an expression of sorrow, love, despair, and spirituality. It is the attempt of a ruined man to reconcile himself to his fate. The concert also features Eric’s own composition The Perilous Realm (2014), which won the 2015 MTNA National Award for Composition, Jacob TV’s The Body of Your Dreams for piano and soundtrack, and the American premiere of Piano Sonata No. 2, Op. 71 (1972), by John Joubert in celebration of the composer’s 90th birthday.