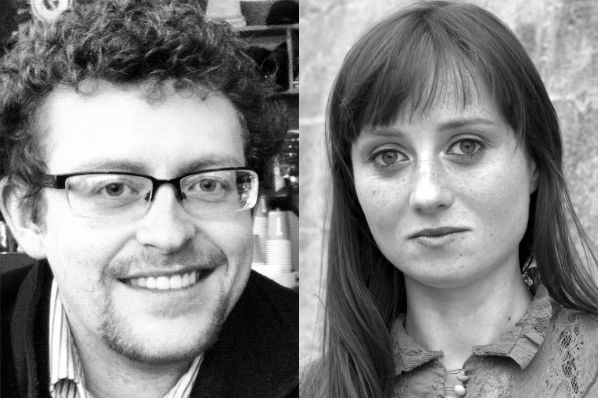 Josh Archibald-Seiffer‘s work explores the expressive potential of structures as both organizational and narrative forces. His music has been played in the U.S., Canada, and Germany by groups such as Dal Niente, the Seattle Symphony, Pascal Gallois, sfSound, and Inverted Space Ensemble. Archibald-Seiffer received an Honorable Mention for his work Music for Orchestra in the 2015 American Composers’ Forum National Composition Contest, and he was a 2010 recipient of the Robert M. Golden Medal for Excellence in the Humanities and Creative Arts. He completed his BA in Music Composition at Stanford University in 2010 under the guidance of Brian Ferneyhough and Mark Applebaum, and he is currently pursuing his DMA with Joël-François Durand. Archibald-Seiffer is also active as a pianist and is a frequent performer with Seattle-based contemporary music group Inverted Space Ensemble.

Polish-born composer Ania Stachurska is a DMA candidate at the University of Washington. She completed her MM in Music Composition in 2014 at the University of Washington under the guidance of Juan Pampin and Joël-François Durand, and she earned her BA in Music Composition at Academy of Music in Kraków, Poland under the guidance of Zbigniew Bujarski and Krzysztof Meyer. Among Stachurska’s musical accolades include are 3rd prize at the I Controlled Composition Competition in Radom, Poland in 2013; 3rd prize at the Composition Competition in Kraków, Poland in 2008; and the William Bergsma Endowment for Excellence in Music Composition Fellowship. She also received a commission from the Polish Institute of Music and Dance, resulting in her work isolated-disintegrated for flute and live electronics. Stachurska’s music has been played in the United States, Poland, Czech Republic, Slovakia and Germany by performers such as Daria Binkowski, Pascal Gallois, JACK Quartet and Talea Ensemble among others.