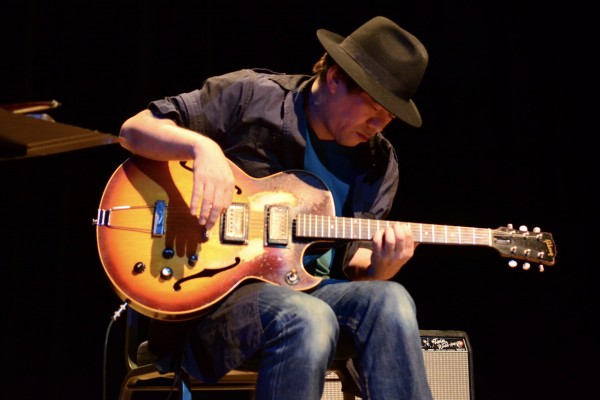 The events that unfolded in Fukushima in March 2011 still hold important lessons for all of us in the current era of nuclear power and global climate change. The documentary film Project Fukushima! (screening May 2 at NW Film Forum) follows the preparations made for a festival held in Fukushima just five months after the earthquake and tsunami. Project Fukushima! continues to organize festivals and related events on a yearly basis to this day. 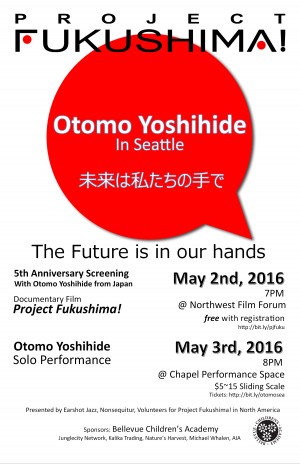 For the five-year anniversary screening, we will have in attendance one of the founders of the Project Fukushima! organization, renowned avant musician Otomo Yoshihide, visiting from Japan. Born in Yokohama in 1959, he spent his teen years in Fukushima. He has led multiple bands, such as ONJT, Double Orchestra, Yuheisya and FEN, and is also a member of numerous other bands and music projects, including Filament, Kahimi Karie, I.S.O., Otoasobi no Kai and Emergency!. He has worked independently to create music widely and simultaneously all over the world. His output ranges from loud music using noise and feedback, to music focusing on the generation of sound itself, plus other work themed around jazz, pop music and songs. His film compositions number over 60 pieces, including Chinese cinema (Blue Kite, directed by Tian Zhuang-Zhuang), the work of leading Japanese film directors (Shinji Somai, Hiroshi Ando, Masao Adachi, Tomoro Taguchi), emerging directors in Japan (Satoko Yokohama), TV drama series (e.g. NHK (Japan Broadcasting Corporation) morning drama series Ama chan), and TV advertising. Recently his unit ENSEMBLES has been presenting musical pieces and unique concerts based on collaborations with a broad variety of people, and he has also been conducting musical workshops with disabled people, and projects which are open for amateurs. His published books include MUSICS (Iwanami Books), JAMJAM Diary by Yoshihide Otomo (Kawade Shobo Shinsha), and ENSEMBLES (Getsuyosha).