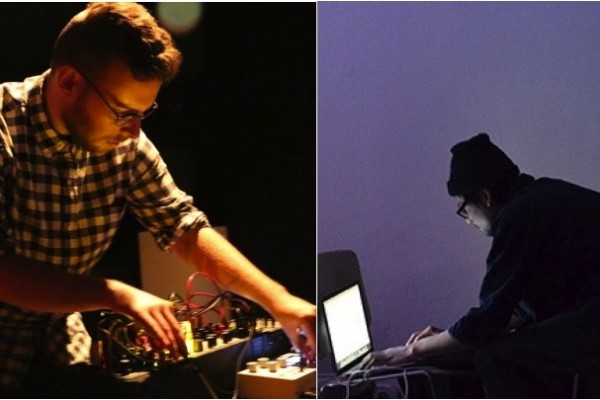 Karl Fousek (b. 1984) is an electronic musician and composer based in Montreal, Quebec. His works explore the sonorities of modular synthesis and custom audio processing software in a variety of contexts from improvised music, to generative music, to drone and minimalism. As a performer he is committed to the pursuit of a truly “live” electronic music, participating in both concerts for solo synthesizer and in group improvisations alongside electronic and acoustic instrumentation. His music has been published internationally on labels such as Limited Interest (US), Phinery (DK), Spring Break Tapes (US), Adhesive-Sounds (CA), and others; and he has been featured in concert at MUTEK, Cluster New Music + Integrated Arts Festival, The Banff Centre, Sounds Like Audio Arts Festival, Vector Festival, and elsewhere. As a collaborator Karl has worked with Roger Tellier-Craig, Devon Hansen, Yves Charuest, Nicholas Caloia, Dan Browne, and Danny Clay amongst others.

Michael Masaru Flora is a Minneapolis-based sound artist. His interest is in the exploration of sound via research and artistic practice. Working within the intersections of art, science, music, and mathematics, he creates pieces that examine sonic morphology, spatialization, and human perception. Composition is realized through a combination of various digital synthesis methods and processing of recorded sounds. Work is often presented in site-specific multi-channel installations and performances which reveal the unique sonic footprint of the space and allows for the choreography of sound through speaker placement and animation of movement. Flora’s practice has included recording, performance, installation, video, choreography, and curatorial projects. His work has been presented at Stanford University’s Center for Computer Research in Music and Acoustics (CCRMA), St Cloud State University (Minnesota) as well as clubs, galleries, theaters, warehouses, and universities throughout North America. His latest recording “Xi ” was published by Minnesota-based label Sympathy Limited.