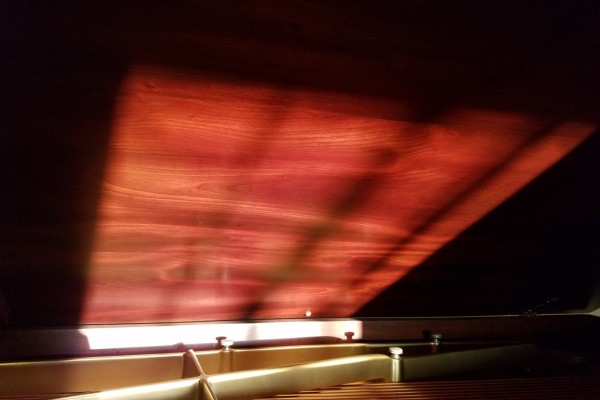 Seattle composer/pianist Keith Eisenbrey will present a parcel of piano pieces with alliterative pretensions, persistently perambulating through the cycles of piano preludes by Seattle composers Ken Benshoof (2003), Lockrem Johnson (1924-1977), and Greg Short (1938-1999). Also on the program will be Kam Morrill’s Puppet Pieces (2013), Benjamin Boretz’s Partita (1955), selections from Benshoof’s Patti’s Parlour Pieces (2000), as well as Keith’s own Seventeen Prepuntal Contraludes (1981), Two Pomes Play (2000), and a partition of his 24 Preludes (2011).

Keith Eisenbrey brings to his pianism a composer’s imaginative musical understanding, and to his composition a remorselessly speculative spirit, cerebral and sensuous at once. His music seeks to illuminate those most intimate of our personal spaces: the silences across which, in which, and out from which music, thought, and utterance unfold. A native of the Puget Sound area, he studied composition with Dell Wade, Ken Benshoof, John Rahn, and Benjamin Boretz, and piano with Victor Smiley, Joan Purswell, and Neal O’Doan. He is a co-founder of Banned Rehearsal, an ongoing argument in creative musical expression, now in it’s 34th year. His critical and theoretical work has appeared in Perspectives of New Music, News of Music, and Open Space, and he assisted in the editing of Boretz’s Meta-Variations: Studies in the Foundations of Musical Thought for its republication. His oeuvres includes solo pieces for various keyboards, songs, and chamber works. He opines weekly at Now Music in New Albion.