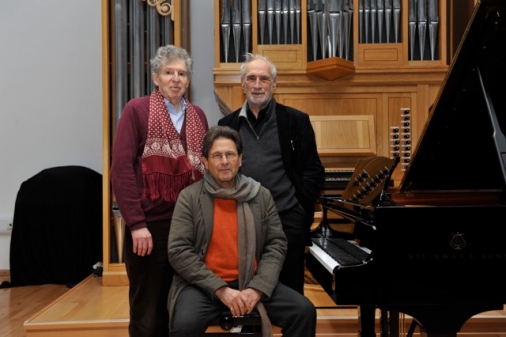 In the spring of 1966, in Rome, a handful of artists laid the foundations of a free improvisation group where everything is allowed. Fifty years later, three founding members keep searching for the unheard. In the history of improvised music, MUSICA ELETTRONICA VIVA is up there, on the ladder of importance, with AMM and the Spontaneous Music Ensemble. Since its early years, when MEV shocked audiences, sparked diatribes, and pushed the very concept of music into new territories, the group has gone through intermittent periods of activity and dormancy, while its remaining three members led very busy solo careers: composer Alvin Curran, the man of great designs masterfully mixing art and life; Frederic Rzewski, the piano virtuoso and composer of the classic variations on The People United Will Never Be Defeated; Richard Teitelbaum, the live electronic music pioneer. Now these three old friends reconvene to share the stage and break new collective ground. Each performance becomes an exceptional moment where everything is allowed, except taking yourself too seriously.