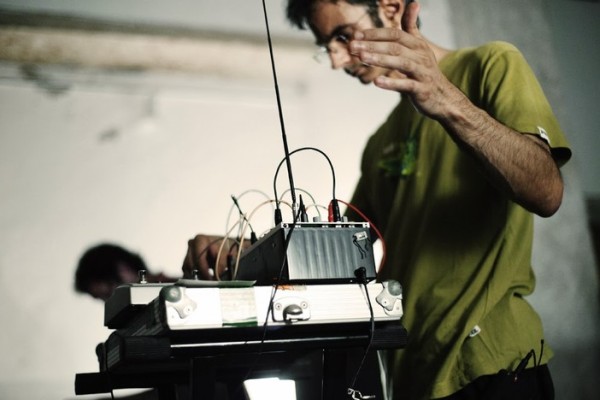 Portuguese artist Rafael Toral plays electronic music as a jazz musician would play his instrument, applying jazz discipline and working practices to his abstract electronics. The result is truly evolutionary music, once described as “a brand of electronic music far more visceral and emotive than that of his cerebral peers.” Melodic without notes, rhythmic without a beat, familiar but strange, meticulous but radically free, it is riddled with interesting paradox, full of clarity and space, articulating silence and sound in a thoughtful, yet physical way.

Seattle-based guitarist Bill Horist delivers an idiosyncratic and richly emotive take on the world’s most ubiquitous instrument. He has played on dozens of records and has performed throughout North and Central America, Europe and Japan; collaborating with numerous leading lights in a beguiling range of genres. Perhaps best known for his prepared guitar treatments, his work is widely regarded alongside masters like Fred Frith and Keith Rowe. He has cultivated a unique voice in a number of styles in the realms of, jazz, rock, folk, and experimental music. Horist is also becoming known as a masterful acoustic fingerstyle player in the tradition of Leo Kottke and John Fahey; additionally incorporating elements from Asia, India, the Middle-East and West Africa.

Rafael Toral’s tour is supported by: