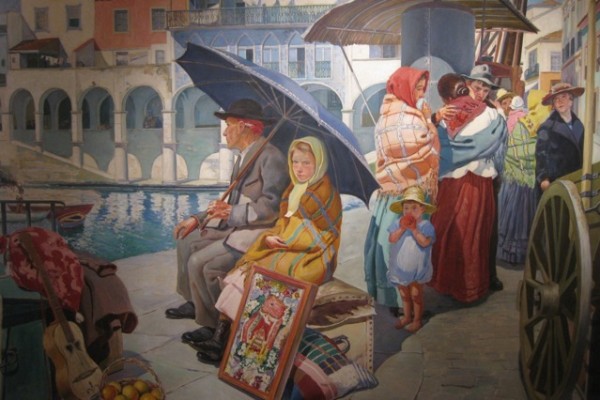 Canções Profundas (Deep Songs) is a new evening-length work by Seattle composer Steve Peters. Inspired by research into his family history in the Azores, this evocative sonic poem explores themes of migration, diaspora, memory, identity and emotional/cultural ties to place.

A chain of nine volcanic islands in the mid-Atlantic, the Azores are an isolated region of Portugal and the western-most edge of Europe. American whaling ships began arriving in the 18th century, taking on Azorean men as crew; this began a long pattern of emigration and the establishment of Portuguese enclaves in New England, California, Hawaii, and Canada in which Azorean cultural traditions and contact with the archipelago have persisted. Caetano Freitas came to the US from the island of Flores on a whaler in 1865. He settled on California’s central coast and married Maria Isabel Avellar, also from Flores; one of their grandsons was Peters’ maternal grandfather. Peters visited the Azores briefly in 2011 and again for three weeks in 2014, and was profoundly moved by this place and culture that are largely forgotten within his own family.

A short Q&A session with the artists will follow the performance.

Presented by Nonsequitur. Made possible in part by a GAP grant from Artist Trust (2011) and an Artist Project grant from 4Culture (2014).