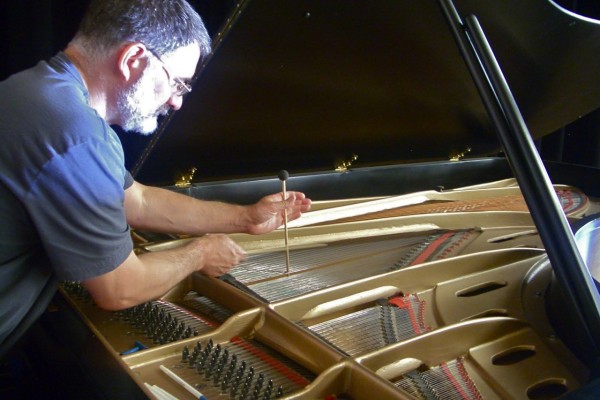 As part of the setting in the series of four fantasy novels set in the world of “Tond”, Mr. Scribner describes the music of the Fyorian, Sherványa, and Karjan peoples. Some of that music can actually be played, and in this concert, folk and experimental music artists get together to perform it. Modal or microtonal, and often strongly rhythmic, it is music based on traditions everywhere but with a sense of strangeness from an invented world. Performers include Mr. Scribner on prepared piano and hammer dulcimer, Carol Levin and Mike Gurulé on harps, Karen and Keith Eisenbrey on found instruments and percussion, Phillip Arnautoff on harmonic canon (prerecorded) and the band Waterbound on mandolin and autoharps.

S. Eric Scribner (Steven E. Scribner) grew up in the Seattle area, and has performed here, in Japan, and in the San Francisco Bay Area. Many of his compositions form an extended series of graphic scores based on landscapes, to be performed over prerecorded sounds. Two of the larger projects from this series are the 9-hour StormSound Cycle (played in its entirety at the Chapel in May 2011) and a video/audio installation with audience participation, (The) Nature (of) Sound, which ran from August 22 – October 24, 2014 at Jack Straw New Media Gallery. This Music from Tond concert is somewhat of a departure from those sprawling ambient works into more rhythmic and melodic territory.