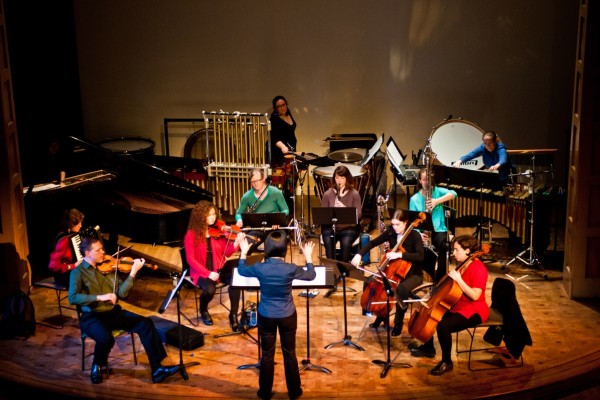 Seattle Modern Orchestra opens its 2017-18 season with a concert featuring American music from the 1970s. Composers George Crumb and Julius Eastman responded to the cultural and political turmoil of the ’70s with works that resonate with today’s conflicts. Crumb described his Black Angels, inspired by the Vietnam war, as a “parable on our troubled contemporary world,” portraying a “voyage of the soul” in three stages: Departure (fall from grace), Absence (spiritual annihilation), and Return (redemption). Eastman viewed his minimalist work Gay Guerrilla as an “organic” work which “glorifies Gay” as a guerrilla – “someone, in any case, that is sacrificing his life for a point of view.”