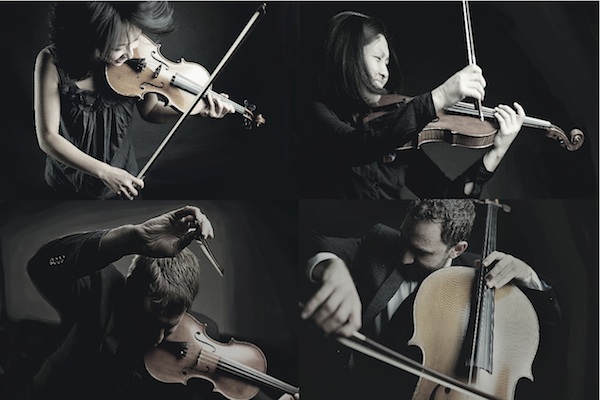 For the first concert, the festival is proud to present Delgani String Quartet from Eugene, Oregon. Delgani is one of the most active chamber music ensembles in the Pacific Northwest, with over 75 performances and educational programs each year. The quartet curates their own concert series in both Eugene and Salem while also appearing as guest artists throughout the state. Delgani recently completed its first east-coast tour following an invitation to perform at the Metropolitan Museum of Art in NYC.

This concert features a new work inspired by the Oregon Cascade Range composed by Benjamin Krause. As the musical basis for Delgani’s Cascade Quartet Project, Krause’s composition will be used in a documentary on the Cascades that explores the formation, preservation, and sacredness of the Range. This unique educational tool will be used in schools and museums to bring awareness to Oregon’s geographical history. This project is supported in part by a Creative Heights Grant from the Oregon Community Foundation.