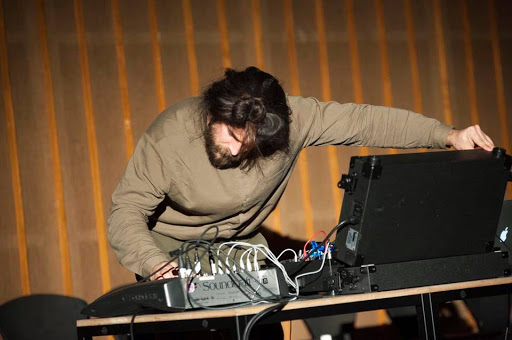 Marcus Price is a stalwart veteran of Seattle’s experimental electronic music community. In his process-based performances, atomized sound files constellate into unstable rhythms that bend and crack under the force of their own velocity until they shatter again into prismatic clusters of noise and tone. His most recent LP, Brain Job, is published by Happy Accidents, and recordings of his live performances are extensively cataloged on his SoundCloud page.