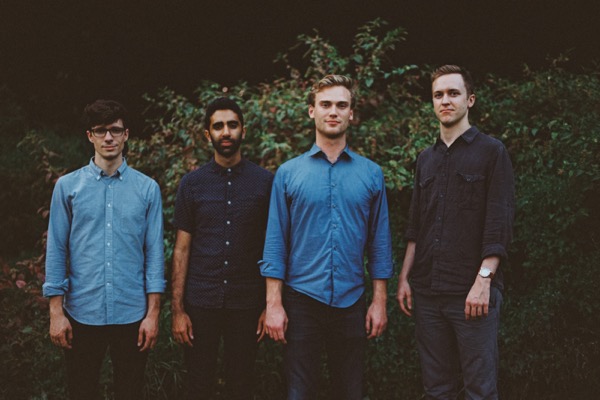 The Westerlies (“prevailing winds from the West to the East”) are a New York based brass quartet comprised of four childhood friends from Seattle, Washington: Riley Mulherkar and Zubin Hensler on trumpet, and Andy Clausen and Willem de Koch on trombone. “Skilled interpreters who are also adept improvisers” (NPR’s Fresh Air), The Westerlies explore jazz, roots, and chamber music influences to create the rarest of hybrids: music that is both “folk-like and composerly, lovely and intellectually rigorous.” (NPR Music) Since their inception in 2011, their music has garnered praise from such diverse perspectives as Bill Frisell, The American Brass Quintet, Radiolab, and Vieux Farka Toure. Equally at home in concert halls and living rooms, The Westerlies navigate a wide array of venues with the precision of a string quartet, the audacity of a rock band, and the charm of a family sing-along.

Robin Holcomb and Peggy Lee have collaborated since 2006 on a variety of projects composed by Robin Holcomb. Both distinctive composers and fierce improvisers, they have been featured performers at the Vancouver Jazz Festival, the PuSH Festival, the Royal Room and the Chapel Performance Space in Seattle. The duo is currently recording their multifaceted repertoire: compositions extended by improvisation, songs and settings of the poetry of Nazim Hikmet. Their music explores a wide territory – from contemporary classical to folk to free jazz and beyond.