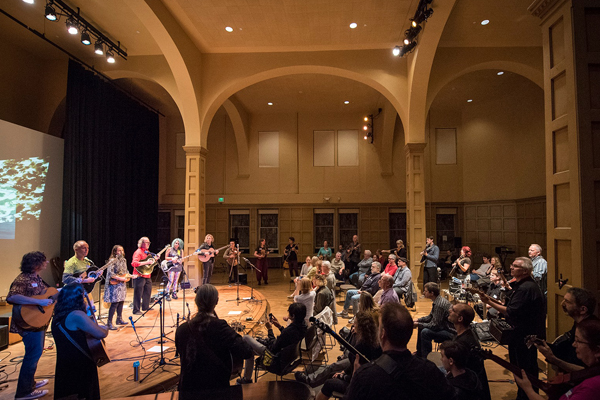 Tiny Orchestral Moments is an international troupe of established, improvising musicians who meet periodically to write, record, perform, and collaborate across genres, geographies and genders.

TOM performers prepare and present collaborative repertoire for layered guitars, voices, violins, strings, wind, and percussion. The aim: structured improvisation that sounds composed and composed collaboration that sounds improvised. TOM shows unfold for the audience in 360-degrees as musicians move in and around the audience. The surround sound is complemented by three walls of ambient video, and supported by an array of guitarists from the worldwide Guitar Craft community. And, each year, we also invite one or two additional surprise ‘wild card’ guests.