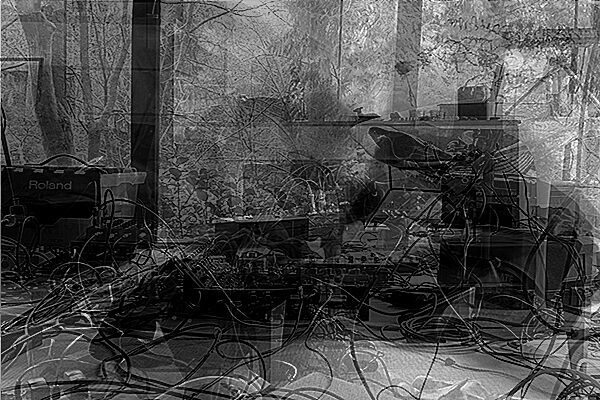 Gyre’s sound making practice is inspired by the helical swirls found both in nature as well as the philosophical ideas of the Gyre by writers such as W.B. Yeats; spirals and cycles of creation and disintegration, forming currents and shapes of sound that can take on a life of their own. We work entirely with electronics: Oscillators, internal and external feedback circuits, transducers, misused effects. As such, instability plays an important roll in our exploration; a commitment to realizing the creative power of unpredictable connections: present in the moment, everything is next.

“A single climb to a line, a straight exchange to a cane, a desperate adventure and courage and a clock, all this which is a system, which has feeling, which has resignation and success, all makes an attractive black silver.” Gertrude Stein, Tender Buttons

The sudden (straight exchange) intersections in the opening few minutes, followed by the emergent forms (all of which [are] a system), the embedded feeling of the three of us rediscovering and reactivating our practice after a lengthy, forced hiatus.

The revelation of phase, over time, frames. What will the future shape be?