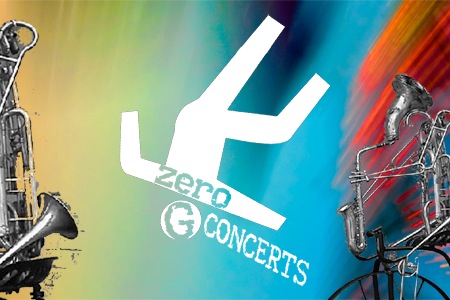 Zero-G returns with a synapse-stretching lineup of maverick electronic musicians whose singular yet complementary approaches offer a refreshing antidote to the ubiquity of mainstream EDM.

Jan Koekepan studied classical guitar from an early age, developing his ear and learning the limitations of his physical performance talents. His exposure to influences such as Tangerine Dream, Vangelis, and Klaus Schulze led him to combine his early training with with electronic synthesis as a transhumanist exercise in pursuit of a musical quintessence. He spends more time on composition than in performance, seeking to blend free-flowing electronic impressionism with the lessons of classical form, substituting timbral complexities for the high arts of technique.

Ffej makes innovative music spawned from the love of electronic sound. He has performed at random and obscure venues around Seattle for over 20 years. Currently, he’s developing his live shows into elaborate multimedia presentations. Boldly taking the stage solo (sometimes in front of video backdrops of his own creation), he sings and plays a keytar from the 80s. He’s backed by sequences and synth patches that represent countless hours of programming.

Few people have as wide a bandwidth as Steve Fisk. His background in analogue audio technology and synthesizers, music history, and production techniques, his years in beats, looping, and programming, his two indie labels, as well as “pre-surround” audio composition and environmental work provide a unique palate of skills to the artists and musicians with whom he he has worked. A veteran of vanguard bands including Pell Mell, Halo Benders, and Pigeonhed, Fisk early on earned renown as a producer, helming sessions for numerous bands and musicians. He was the recipient of a 2015 Stranger Genius Award for his influential legacy as a musician and producer.