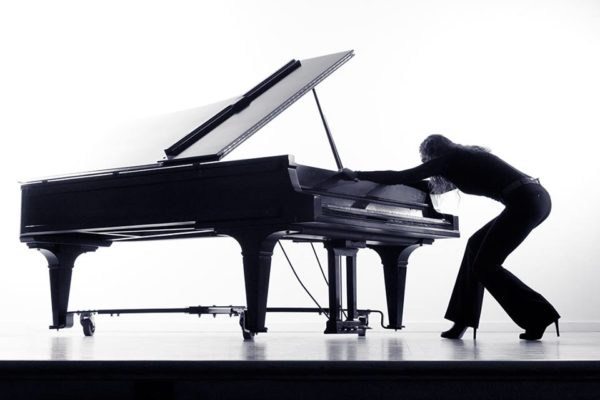 Pianist GraceANN Cummings gives the Seattle and World premiere of the first seven of Garrett Fisher’s new Ragas for Solo Piano. Although these pieces may appear to resemble classical compositional “studies” by title, they are unique in both process and product. With their brevity, connectedness, and improvisational nature they demand a unique signature from each performer’s interpretation. Each etude is a silent blueprint – a set of visual descriptions that intentionally disguise Fisher’s inspiration to allow the performer’s unique discovery process and interpretation, which ultimately leads to a mutual, co-creation of the music and its meaning for performance. These etudes are more similar to rules for a board game or even a play than traditional musical compositions. Neither fully represents the intended creation; both depend on a player’s selection from multiple, if not innumerable, interpretive possibilities, yet each execution reflects a recognizable essence of the game or play.