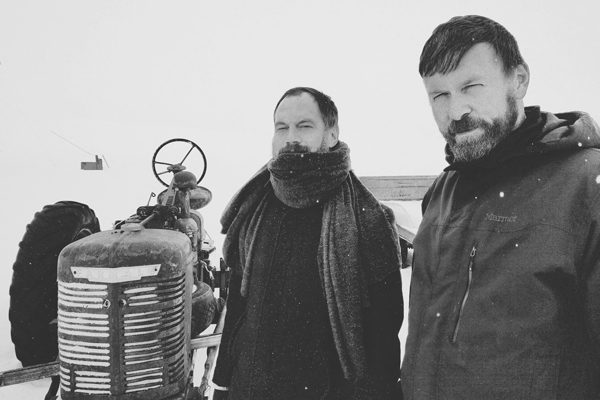 Gift Tapes/DRAFT presents Jason E Anderson and RM Francis, with support from Seattle’s Office of Arts and Culture. Jason E Anderson will present a new composition called CORM (Consequence of Recursive Memory). RM Francis will present new computer synthesis work to open the evening. All proceeds from this performance will be donated to friend and fellow musician Norm Chambers to assist him with medical expenses.

Anderson will also deliver a one hour workshop/demonstration at Patchwerks at 3 PM prior to this event. He will discuss the new composition and share some strategies he’s devised to control modular synths with SuperCollider.

Jason E Anderson is an artist now living in the Inland Empire of the Pacific Northwest, having left Seattle in 2018 to live among the Palouse farmlands just outside of Pullman WA. His work includes performance, recordings, film/video, installation, music for dance, producing and publishing. Anderson performs and records music under his own name and in performance art/film collaboration LIMITS with dancer Corrie Befort. In 2001, he began performing in Seattle’s free improv/experimental music circles and in 2008 he co-founded improv synth duo Brother Raven with Jamie Potter, leading to his active involvement in the synth music scene running experimental music label Gift Tapes/DRAFT. In performance, Anderson employs systems that generate sound and patterns that are subject to manual manipulation. His occasional use of voice/text, particularly in the context of LIMITS, has augmented his use of abstract sound with extra-musical information to address concepts and context within the auditory realm. See also: Mesh Collaborative, Space Habitat, Spare Death Icon, and Harpoon Pole Vault.

Consequence of Recursive Memory is a composition for voice/computer, comprised of prepared texts spoken by the performer in dialogue with a computer as a framework to observe recursion within human memory. The computer ‘listens’ to text spoken by the performer, which uses statistical analysis to model increasingly complex responses articulated by means of rudimentary sound synthesis. The system is biased to stimulate conceptual links between the textual content and technological process, but obfuscates speech intelligibility and pacing to equalize this information with the electronic sound.

The composition and performance of CORM are made possible with support from the Office of Arts and Culture, City of Seattle.

RM Francis is an artist working with computer-generated sound via performance, recording, and installation. His work has been presented throughout North America at numerous festivals, including Debacle (Seattle), 2 Day (Portland), Diffusion (Baltimore), and Human Festival (Philadelphia). His Hyperplastic Other project is a series of works utilizing chocolate, video, performance, and sound to dramatize alternative models of subjectivity. Francis was also a member of Mesh Collaborative, a computer music ensemble employing network architecture to explore novel modes of distributed authorship and human-computer collaboration. He lives in Seattle, where he is also active as a concert organizer.