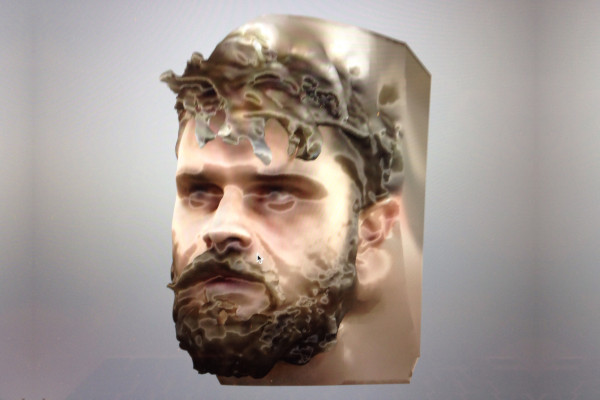 Gift Tapes/DRAFT presents Jonathan Sielaff, Million Mists, and Norm Chambers for its first installment of its 2017 program at the Chapel Performance Space, in association with the Wayward Music Series.

Jonathan Sielaff (Portland, OR) plays bass clarinet. Because he likes to play with drummers and electronic instruments, he often amplifies the bass clarinet and processes it with guitar pedals. He cut his musical teeth in rock bands, new music ensembles and various schools of improvisation but most enjoys exploring the territory that exists between genres. His primary musical project is the duo Golden Retriever, with Matt Carlson on synth. They have a bunch of tapes and CDs out there as well as albums with Root Strata and Thrill Jockey.

Million Mists is the musical project of Jamie Potter (Portland). Utilizing a variety of consumer-level electronic instruments and outdated recording techniques, he has crafted a unique approach to experimental synthesizer music, referencing equally the subliminal atmospheres of new age and the rugged immediacy of 90’s hip hop production. Drawing inspiration from his visual and video art practice, he seeks primarily to create immersive, idiosyncratic sound worlds. In this performance Potter will create a live soundtrack to one of his video works. His musical efforts began with minimal Seattle drone group Bonus as well as involvement in free improvisation circles. He currently performs with Brother Raven and records solo work under the names Million Mists and Father Sound. His work can be found on Digitalis, Taped Sounds, Aguirre Records, Root Strata, JYRK and Gift Tapes.

Norm Chambers is a Seattle-based composer and synthesist. He has been active making music since the 1990s, however has gained more traction with his Panabrite project since 2010. Emerging from a love of early electronics, concrete/tape music, soundtracks and early new age, Chambers attempts to create worlds of sound that touch on many elements and moods, from more spatially motivated ambient to aspects of cosmic synth, minimalist composition and improvisation. Chambers utilizes an array of synthesizer equipment to achieve his sounds, in addition to field recordings and occasional acoustic elements. He has released numerous LPs, cassettes and CDs on such labels as Immune Recordings, Preservation (Australia), Aguirre (Belgium), Digitalis, VCO, Constellation Tatsu, Gift Tapes and many more. Chambers has recently retired the Panabrite moniker, yet continues to pursue new avenues of sound.