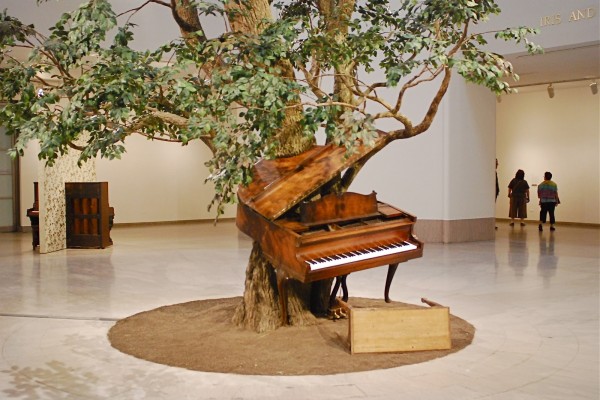 Multi-instrumentalist and modern music rabblerouser Peter Nelson-King presents an eclectic program of individualist piano music from the 1980’s. The international cadre of composers presented wrote these works in a time of unprecedented pluralism and freedom in classical music, and whether they were beginning their careers or nearing the end each work speaks from a personal and vital musical language. Featuring works by Robert Beaser, George Benjamin, Fulvio Caldini, David Chaitkin, Edmund Rubbra, Peter Sculthorpe, John Tavener, Augusta Read Thomas and Charles Wuorinen.

Peter Nelson-King is the founder of Cursive, a modern chamber ensemble specializing in performing hidden gems of 20th- and 21st-century classical music with a modular ensemble. A King County native, he got degrees at University of Puget Sound and Boston University before returning to the Seattle area to perform in a variety of groups and capacities. He is a trumpet player, pianist, vocalist and composer, and is a regular member of Brass Band Northwest, the Lake Washington Symphony Orchestra, the Ensign Symphony and the Paper Puppet Opera.