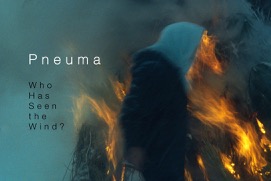 “It’s strange to think that a band of three clarinets and a single voice can conjure up a world of infinite possibilities, but that’s what Pneuma delivers. Music this beautiful, intricate, and heartfelt deserves to be celebrated—and treasured.” — Alexander Varty of The Georgia Straight, Vancouver, BC

PNEUMA (πνεῦμα) is an ancient Greek word for “breath”, “spirit” or “soul”. Pneuma’s sound is kaleidoscopic – many worlds entangled – with extended techniques and layered effects blending with soulfulness and an exposed vulnerability. Jewish-music intertwines with contemporary classical compositions and free-jazz improvisations. Pneuma’s instrumentation is unusual and full of breath, allowing every band member to reimagine their role and find their ground in new and innovative ways. The quartet zooms in-and-out, shifting perspectives from the very personal to the global, from intimacy to a loud roar. The poetry (sung in English) comes from many corners of the world including Christina Rossetti (UK), Forugh Farrokhzad (Iran), James Joyce (Ireland), Mayumi Terada (Japan), and Ono no Komachi (9th century Japan). These texts coincide with wordless pieces such as Gottlieb’s “Neither You Nor I”, inspired by a solo by the late bassist Ora Boasson-Horev. Pneuma made their premiere at the 2017 Vancouver International Jazz Festival and their 2019 debut album, “Who Has Seen The Wind?” on Songlines Recordings.