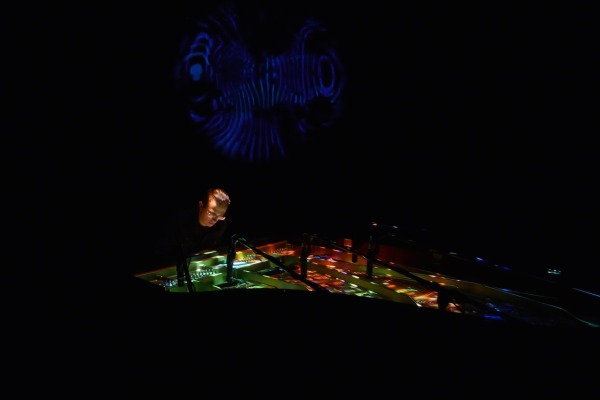 The Friday program opens with Craig Shepard‘s December, a captivating exploration of the overtones of a select few pitches on the lower end of the piano. This is followed by the world premiere of two newly commissioned works: local composer Nat Evans‘ Desert Ornamentation, a thirty-minute improvisatory work for piano and electronics, a response to Evans’ journey along the Pacific Crest Trail; and Obessions by Adrian Knight, an extended exploration of stubborn habits, routines, patterns, and, of course, obsessions.

Tonight, over the three-plus hour immersive drone experience of Randy Gibson‘s The Four Pillars Appearing from the Equal D under Resonating Apparitions of the Eternal Process in the Midwinter Starfield, Lee will explore the overtone content of each D on the piano, in combinations and alone, creating, with the aid of electronics, a visceral whirling mass of tones from which melodies and rhythms can soar to the stars.

Watch a video of Gibson performing an excerpt of his piano work Aqua Madora.