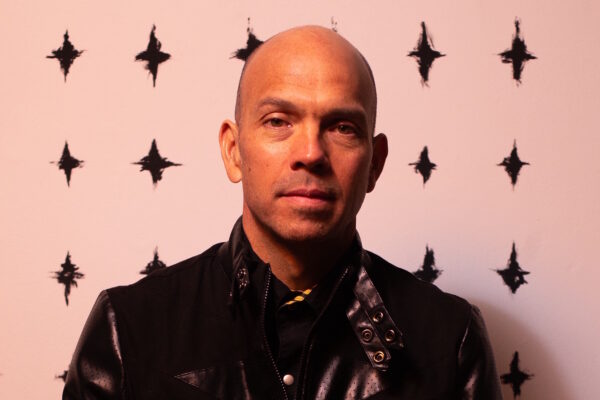 St Celfer, of Korean and American origin, currently lives between São Paulo and Seattle, the latter living off/on since 1990. A fan of Seattle grunge, was, once upon a time, in the 00’s New York scene performing, among other places, at CBGB’s, The Kitchen, Tonic, The Tank, Remote Lounge, Galapagos Art Space, Sputnik, and Stinger Club.

During the isolation of the pandemic, St Celfer developed an innovative and sophisticated electronic instrument – a “gambiarra,” in Brasilian Portuguese – named Step4D™. This unpredictable instrument is designed to be played and heard live, in real time, and works in a way that bypasses step by step, rational thinking. Every unique performance embraces chaos and forms songs from turmoil.

St Celfer has twice been named New & Notable on BANDCAMP (2021 & 2022), and is the featured wave track for Infrasonica issue #7, ‘Voicing Abstraction’. Much of his work can also be found on his YouTube channel.

Christin Call is an assemblage artist living in Seattle and making work primarily at the cross-section of dance, film, installation, and poetry. She received her BA in Painting and Art History from Wichita State University, co-founded Coriolis Dance and was co-Artistic Director for 14 years. She is also the founder of The Shed, a performance installation space that facilitates residencies for artists with complex practices.