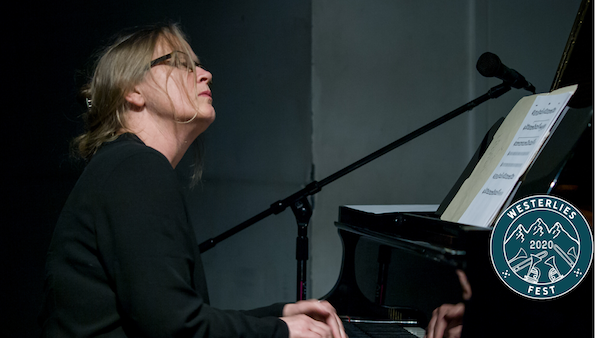 Seattle-bred, Brooklyn-based brass quartet The Westerlies return home to present the second annual Westerlies Fest, a multi-day music festival featuring Sarah Kay and Phil Kaye, Celisse Henderson, Robin Holcomb, and Troy Osaki. Westerlies Fest will include evening performances, an all-day open-to-the-public creative music jamboree, and workshops in local schools, including a residency in Highline Public Schools. The performances will take place over four evenings, each with a different guest artist and The Westerlies. Every performance will feature exclusive, one-off collaborations, showcasing the cutting edge of genre-defying contemporary music. The Westerlies created Westerlies Fest to make a meaningful contribution to the rich musical ecosystem that raised them by engaging local students, highlighting local talent, and facilitating explosive collaborations between artists from Seattle and beyond.

Friday evening’s performance features Seattle-based pianist, composer, and songwriter Robin Holcomb. Says The New Yorker, “Attempt to define her music if you care to, but Holcomb has defied strict categorizations since her emergence on New York’s downtown scene, more than thirty years ago. Now living in the Pacific Northwest, this fascinatingly eclectic pianist, composer, and singer has few qualms about mingling folk, jazz, chamber music, and points between and beyond in arresting original music.” Holcomb will perform a variety of her music, including compositions for solo piano and original songs for piano and voice. The Westerlies will delve into a wide swath of their repertoire, including original compositions and arrangements of songs by Ellington, Ives, and more. Their set will feature their new arrangement of Holcomb’s Wherein Lies The Good, the title track of The Westerlies’ forthcoming new album.