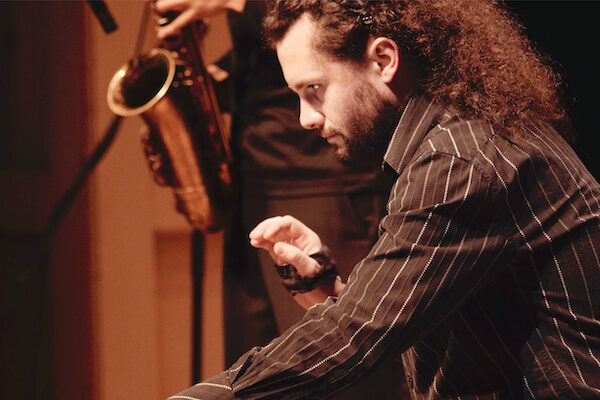 Marcin Pączkowski (pronounced `marr-cheen pawnch-`koav-skee) is a composer, conductor, digital artist and performer, working with both traditional and electronic media. As a composer, he is focused on developing new ways of creating and performing computer music. He is a Postdoctoral Scholar at DXARTS and works with numerous ensembles as a conductor and a performer.

In an attempt to escape the reality of this past year, I can’t help but be amazed by the fact that we as humans can now listen to sounds recorded on another planet. MMM #1 (working title: “Marcin’s Martian Music”), uses solely sound samples sent back from Mars by NASA’s Perseverance rover. These sounds were edited and transformed into larger structures with a custom live-controlled computer music system, which then became the basis for the final electroacoustic work. This piece was created with support from DXARTS.