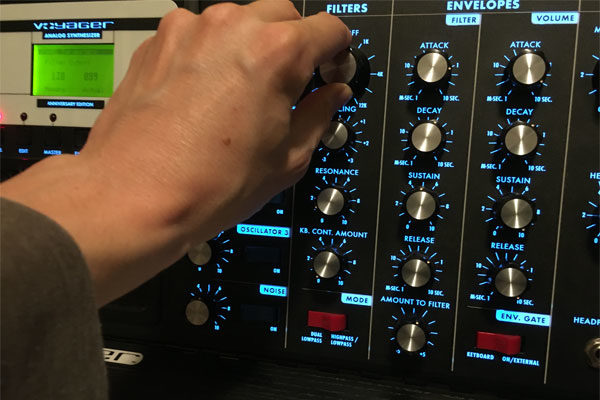 Eric Lanzillotta ran Anomalous Records from 1991 to 2004 and recently has revived it. He is director of the graphic score ensemble Eye Music since its founding in 2006. In addition to the members of that group, he has performed with Bernhard Günter, Aube, Withdrawal Method, and Richard Lerman, and as a member of Jeph Jerman’s animist orchestra. His last physical release was a duet with Matt Shoemaker released on CD in 2018.

This music was created with my primary instrument, the MiniMoog Voyager, on May 29, 2020. Normally my concerts rely heavily on bass frequencies played a moderate volume. Much of this bass disappears at lower volumes because the way we hear, so I have tried to play something that would also work if it is played back quietly on smaller speakers. However, I recommend louder listening via speakers or headphones to fully experience this piece.