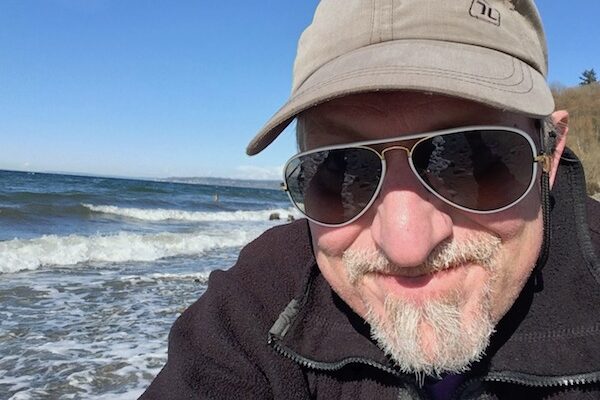 Mark D. Cooper is MFA graduate in electronic music and recording media from Mills College. He is a member of the Seattle Phonographers Union, and the songwriting project Cooper-Wetstone.

A few years ago, I embarked on a project of organizing field recordings and sonic experiments loosely under the idea of the four “classical” elements: water, air, earth, and fire. The first two, H2O and AIR had their debut in the amazing Good Shepherd Chapel space. I had planned the third, Terra Cognita, to be a part of the Wayward Music series in the Chapel in November 2020. However, a certain virus, Covid 19, intervened as a “fifth” element. This had me thinking about that fifth element: aether, or what comes out of the unknown, invisible, inaudible. It is always there, in some form, speculated in modern physics as “axions.”

These recordings of quintessence as I know it include field recordings from Notre Dame Cathedral in Paris, France, the Olympic Peninsula in Washington, U.S.A. and Cleland Wildlife Park, South Australia.